Included below are homes for sale in West Sacramento. If you would like more information on any of these West Sacramento real estate listings, just click the "Request More Information" button when viewing the details of that property. We can provide you with disclosures, past sales history, dates and prices of homes recently sold nearby, and more.

And, if you haven't already, be sure to register for a free account so that you can receive email alerts whenever new West Sacramento listings come on the market.

West Sacramento is a city in Yolo County, California, located just west of the state capital, Sacramento. The city has a rich history dating back to the mid-19th century, when it was first settled by European immigrants.

In the 1850s, West Sacramento was a small agricultural community known as Broderick. The town was named after David C. Broderick, a prominent California politician and supporter of statehood. Broderick was home to several small farms and a ferry landing, which provided a vital transportation link across the Sacramento River.

In the late 1800s, the construction of the Central Pacific Railroad brought further growth and development to the area. The railroad provided a reliable transportation link for local farmers, who were able to ship their products to markets across the state.

In the early 20th century, West Sacramento underwent a transformation from a small agricultural community to an industrial hub. The construction of the Port of West Sacramento in the 1930s helped to spur economic growth and attracted new businesses to the area. The port served as a key transportation hub for goods shipped to and from the San Francisco Bay Area and beyond.

One of the most popular neighborhoods in West Sacramento is the Bridge District, which is located near the iconic Tower Bridge that connects the city to Sacramento. The Bridge District is known for its walkable streets, trendy restaurants, and vibrant nightlife, and it is home to a number of popular events and festivals throughout the year. The Bridge District is also home to the Sacramento RiverTrain, which offers scenic train rides through the countryside, as well as the California State Railroad Museum, which is a must-see for history buffs.

Overall, West Sacramento is a diverse and growing community, with a variety of neighborhoods, amenities, and attractions for residents and visitors to enjoy. Whether you're looking for a vibrant, urban neighborhood, a quiet, residential area, or something in between, you'll find a neighborhood that meets your needs in West Sacramento. 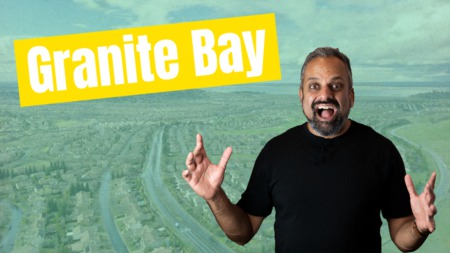 Pros and Cons of Granite Bay